Introduction to The Cumberland Piazza

The Cumberland Piazza is our largest local open space. Originally designed as a park by famous landscape architect, Dame Sylvia Crowe, in the 1960's, when streets, houses and even a school were knocked down to make way for the flyover, the site was neglected until recently. 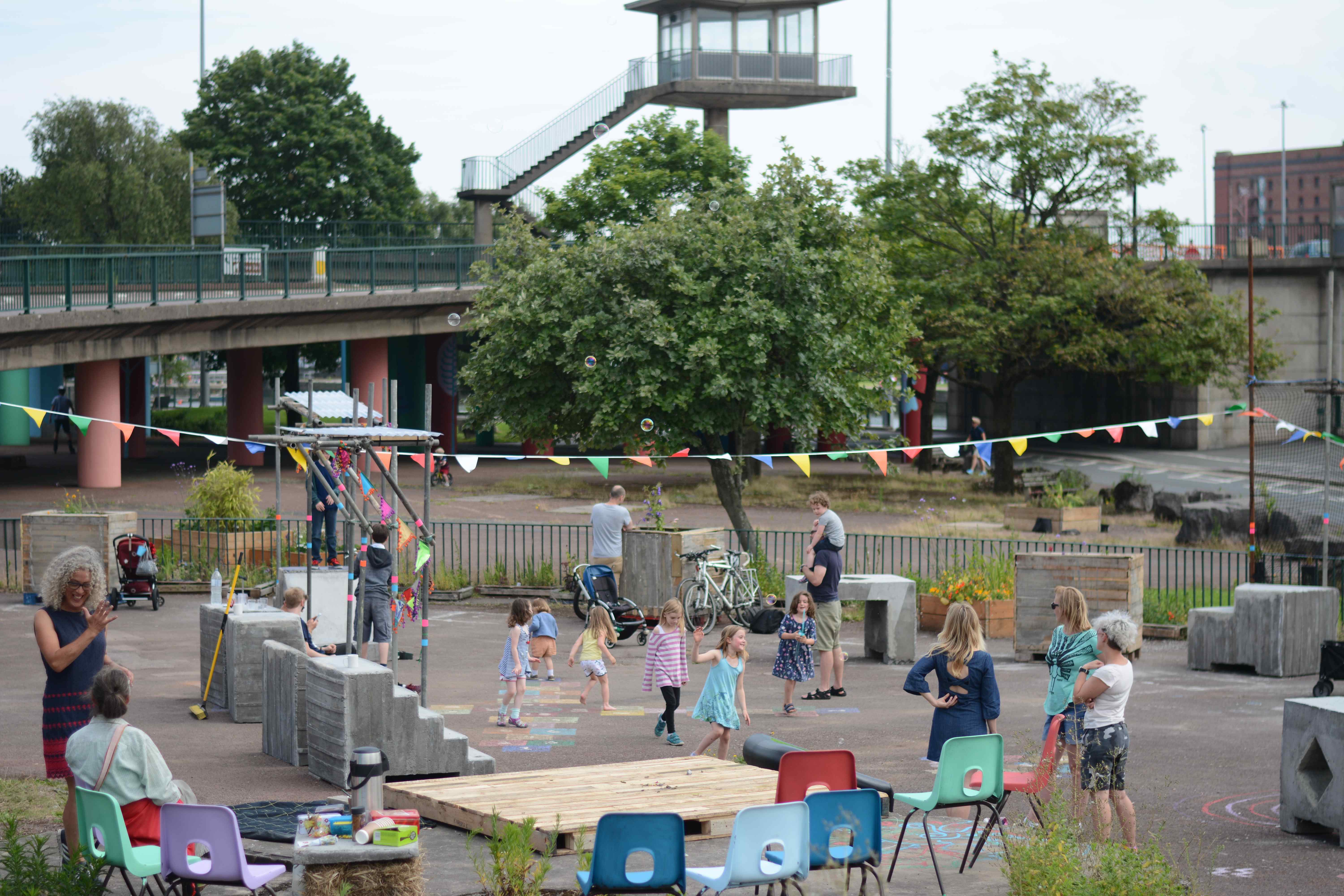 In 2010 Ray Smith, of HCCA began consulting locals about what they would like to do with the space. Joined by Anna Wilson in 2011, who instigated Art under the Flyover, they have held several events, prepared online surveys, raised funding via section 106 (developer contributions, now called C.I.L.) and Bristol City Council community events, arts and Neighbourhood Partnership sources.

In 2014 we planted several trees and in 2015 painted 73 pillars, acheived a small tarmac'd skate spot and built several planters. In 2016 we have been developing play facilities via DCLG Pocket Park funding, with the help of trainee architects and further greening of the site re-using as many materials as possible. The Pocket Park, or Concrete Community needs refining with additions such as re-surfacing and sanding & sealing the concrete sculptures and the new planters.

For much more detail see Art Under the Flyover blogsite